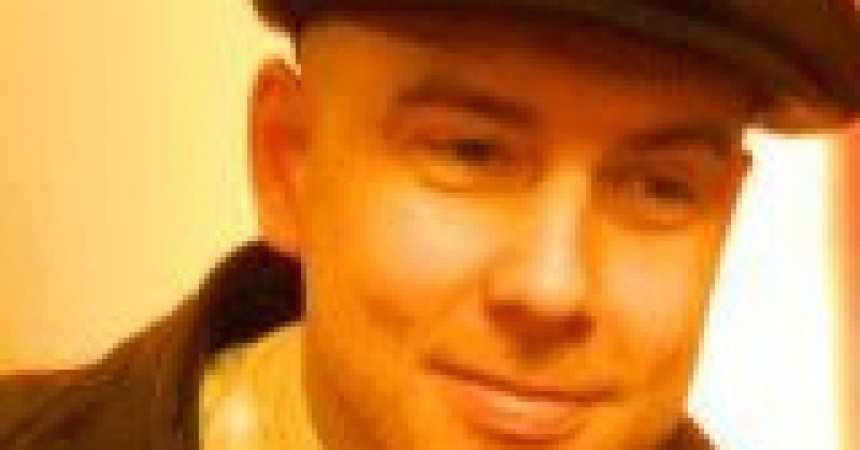 You can read this and other articles by Andrew on his blog Paddy Whack.

Well, I was out at RTE television studios on October 21st to take part in the programme ‘Beyond Belief’ (you can watch it here), to discuss whether the media is biased against the Catholic church in Ireland. To argue that there is an inherent media bias against the Catholic church in Ireland you have to ignore a large amount of reality in order to be able to utter this view with any degree of credibility.

There again, ignoring reality and putting forth propositions for which not only is there no evidence for, but actually evidence against, is something that Catholicism excels at.

For instance, the fact that the state broadcaster RTE allows the Catholic church access to the airwaves to promulgate their faith and rituals, in the form of broadcasting masses and the Angelus, is more indicative of unrivalled privileged access rather than bias.

The fact that no other superstitious belief systems, or a humanistic perspective are allowed the same uncritical access to promote their views shows that RTE is actually biased against other religions and the non-religious and not towards Catholicism, as many Catholics claim.

When have you ever seen an atheist on TV for one minute at noon or at six o’clock in the evening staring in to the black emptiness that she or he believes underpins our existence? There are also several lay Catholic commentators who are weekly columnists in the leading newspapers in the country who openly promote the Catholic faith and its conservative social policies.

I heard there was to be a senior bishop on the programme and I was rather looking forward to debating with a senior member of the Catholic hierarchy. I was hoping for a harsh autocratic bishop, adorned in a cassock and cape in the same style as Bishop Len Brennan from Father Ted, and who would demand to be addressed by his proper title when I would refuse to call him your grace. I envisioned being violently yanked out of my seat by a bishop’s crozier on account of the blaspheming I intended to commit on the national airwaves.

Instead, the Catholic church sent Bishop Eamon Martin, a thorough gentleman and amiable individual that I enjoyed talking with before and after the show, and who kindly enquired after the welfare of my devoutly Catholic grandmother. Whilst it was nice to meet Eamon I think I would have prefered to debate with a Bishop more like Len Brennan as I’ve always wanted to be called a ‘little bollox’ by a senior member of the Catholic hierarchy. (Father Ted fans will know what I am referring to here).

Having watched the debate again there were many points and issues raised by other contributors that I would like to comment on. I’ll address just a few of them here, as there were just too many inaccuracies along with a wild amount of nonsensical gobbledegook to dissect in one blog post.

Terry Prone stated that the Catholic church should not be just positioning itself in the media to comment on issues related to Catholicism, but they should have a spokesperson on a wide variety of issues that affect society from the enviornment through to sexism. Maybe Terry Prone has a point, after all the Catholic church know a hell of a lot about sexism in that they have been promoting it and preaching it from their pulpits for centuries. Of course their defenders, including many women, will argue that male clerics telling women what they can and can not do with their bodies isn’t at all evidence of sexism.

One argument I have had put forth to me by Catholics, both male and female, is that the Church can not be sexist on account of the special reverence that believers hold for the mythical virginal mother of Jesus Christ. If anything, elevating a woman to a higher moral status on account of her being a virgin is tantamount to saying that women who are sexually active are somehow inferior to virgins. This isn’t a celebration of femininity, it is an advocation of misogyny. Funny, how virginity in males isn’t celebrated to the same extent, but then again neither is divergence from it, which explains the absence of any Magdalene Laundries for the men who impregnated the unfortunate female denizens of Ireland’s Catholic gulags.

Terry Prone also made the point that the Catholic church contributed very positively in both the education and health sectors throughout the twentieth century and that it deserves some respect in this regard. However, one can not cite the good works done by some kind and decent individual nuns and priests as overall evidence of a benign contribution from the Catholic church in these spheres whilst there was the concurrent existence of industrial schools, Magdalene laundries, a prohibition on contraception and the practice of enforced symphysiotomies within hospitals.

Not to mention the physical and sexual abuse of children that was endemic throughout the Catholic church. Anyway, its not like without the existence of the Catholic church that the Irish state wouldn’t have worked out that people might need to learn to read and count and that it might be a good idea to train a few medical practitioners in order to treat the drunkards that clog up A&E of a weekend.

Michael Kelly, the editor of a paper called The Irish Catholic, complained that there wasn’t enough representation of the christian viewpoint in non-religious programming despite the fact that over fifty percent of people regularly attend church in Ireland. He remarked that there are rarely any christian characters in TV dramas or soaps and therefore these programs don’t reflect the real lives of individuals.

However, the programmes he is talking about never show people sleeping or wiping their backsides either, does this make them any less relevant to the real lives of the viewers? After Catholics, the non-religious are the next biggest cohort according to the latest census in Ireland. However, I don’t feel that Breaking Bad or Downton Abbey are somehow biased against secularists because half way through each episode Walter White or a random scullery maid doesn’t start reading from Robert G. Ingersoll’s ‘What’s God Got to Do with It?’

He also remarked that in the aftermath of Katie Taylor’s success at the Olympics the media were not interested in allowing Katie Taylor to elaborate on the fact she was inspired by god and that if she had said it was her Aunty Mary there would have been a whole story made out of it. Well in fairness, her Aunty Mary is someone they can actually interview and get a few quotes from. As far as I am aware god hasn’t been available as a commentator on female boxing for some time.

Michael Kelly also criticised the media for religious ignorance on issues relating to Catholic doctrine. However, when he remarked that religion grows by being being critiqued I put it to him that in order to allow criticism one has to allow for those doing the criticising to either deny or have doubts about what it is they are being told is the truth. I informed Michael that according to the catechism of the catholic church to even entertain doubts about matters of church doctrine is considered a sin. Michael stated that this simply isnt true, so I will simply quote directly from the Vatican’s own website here and provide the link:

“Heresy is the obstinate post-baptismal denial of some truth which must be believed with divine and catholic faith, or it is likewise an obstinate doubt concerning the same; apostasy is the total repudiation of the Christian faith; schism is the refusal of submission to the Roman Pontiff or of communion with the members of the Church subject to him.”

Bishop Eamon also stated that it was fine to have doubts and that it was perfectly human to do so. I am very glad that I have ceased to be a Catholic for quite some time and that I no longer look to clerics for guidance as I would be somewhat befuddled by the incongruity between what I was being told by one of the hierarchy of the church and the official doctrine of the same church available on their website.

Now, if I was a believer in god, hell and suffering in the afterlife for holding incorrect opinions in this life, I would demand a level of consistency from the powers that be in what I was being told I must believe so as to avoid being prodded and poked with a red hot pitchfork in the spiritual nether regions. However, I learned a long time ago that inconsistency in beliefs is another thing the Catholic faith and other religions do very well at.

No wonder the Catholic church is falling apart when you have a confirmed blaspheming non-believer having to point out an article of Catholic doctrine to a bishop and the editor of a Catholic newspaper, the latter who actually stated it was untrue that this was even a doctrine of the church. At times I thought perhaps I wasnt on a serious discussion programme, but had woken up on a lost Monty Python sketch.

As a former Catholic I can see why the hierarchy want to stamp out any doubt in the minds of its adherents. When you doubt you start to question and when you question and start to apply reason to reality that for which there is no evidence can no longer be considered a true claim about the nature of reality or what has happened throughout human history. The suppression of true and free inquiry is therefore essential to preserve a belief system that is based on falsehoods and unsubstantiated claims about existence. It is not for nothing that doubting Thomas was the anti-hero of the New Testament.

For once the Catholic church are being perfectly logical in opposing doubt, or heresy as they like to call it, as it is a gateway drug that leads to apostasy and then the next thing you know you are an intravenous blasphemer who is allowed on the TV poking fun at religious sensibilities and refusing to address Bishop’s by their proper titles.