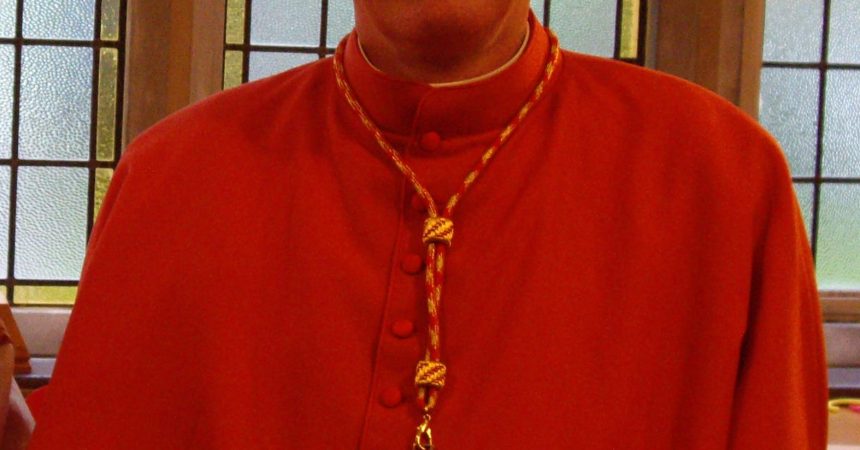 The privileged position of the Catholic Church in Irish law was highlighted by the political campaign launched by Cardinal Sean Brady on Christmas Day, seeking to influence the forthcoming law on abortion from an explicitly theological Roman Catholic perspective.

To rub in the discrimination against nonreligious citizens, this overtly political move took place just days after the Dail passed a new law forbidding secular bodies from promoting political causes if they want to legally solemnise marriages.

Cardinal Brady said in his Christmas message that

This statement reflects the essence of the problem of church interference in political affairs. In a society where different people have different religious and nonreligious beliefs, decisions on public policy should be made by applying reason to evidence.

When religious authorities throw in inflexible dictates based on supposed revelations from an imagined creator of the universe, that distorts and corrupts the ethical debate that is needed to address political issues collectively.

The United States Conference of Catholic Bishops has produced a detailed document called ‘Forming Conscience for Faithful Citizenship’ which outlines Catholic teaching on this issue. Among other things, it states that:

9. The Church’s obligation to participate in shaping the moral character of society is a requirement of our faith. It is a basic part of the mission we have received from Jesus Christ, who offers a vision of life revealed to us in Sacred Scripture and Tradition.

10. Because we are people of both faith and reason, it is appropriate and necessary for us to bring this essential truth about human life and dignity to the public square.

11. Some question whether it is appropriate for the Church to play a role in political life. However, the obligation to teach about moral values that should shape our lives, including our public lives, is central to the mission given to the Church by Jesus Christ.

13. In the Catholic Tradition, responsible citizenship is a virtue, and participation in political life is a moral obligation. This obligation is rooted in our baptismal commitment to follow Jesus Christ and to bear Christian witness in all we do. As the Catechism of the Catholic Church reminds us, “It is necessary that all participate, each according to his position and role, in promoting the common good. This obligation is inherent in the dignity of the human person. . . . As far as possible citizens should take an active part in public life” (nos. 1913-1915).

This combination is particularly dangerous. Catholic citizens are not only obliged to participate politically, but must do so according to a conscience that is formed in accordance with the dictates of the Catholic Church. And then it explains how that conscience is formed:

17. The Church equips its members to address political and social questions by helping them to develop a well-formed conscience. Catholics have a serious and lifelong obligation to form their consciences in accord with human reason and the teaching of the Church. Conscience is not something that allows us to justify doing whatever we want, nor is it a mere “feeling” about what we should or should not do. Rather, conscience is the voice of God resounding in the human heart, revealing the truth to us and calling us to do what is good while shunning what is evil. Conscience always requires serious attempts to make sound moral judgments based on the truths of our faith. As stated in the Catechism of the Catholic Church, “Conscience is a judgment of reason whereby the human person recognizes the moral quality of a concrete act that he is going to perform, is in the process of performing, or has already completed. In all he says and does, man is obliged to follow faithfully what he knows to be just and right” (no. 1778).

18. The formation of conscience includes several elements. First, there is a desire to embrace goodness and truth. For Catholics this begins with a willingness and openness to seek the truth and what is right by studying Sacred Scripture and the teaching of the Church as contained in the Catechism of the Catholic Church. It is also important to examine the facts and background information about various choices. Finally, prayerful reflection is essential to discern the will of God. Catholics must also understand that if they fail to form their consciences they can make erroneous judgments.

The discrimination in the Irish marriage registration law

As the most recent law passed by the Irish parliament shows, there is one law for the religious and another for the nonreligious.

Churches, including the Catholic Church, can insist that their members behave politically according to theological dictates, while nonreligious bodies who want to seolemnise marriages on the same basis that churches do must remain silent politically.

Furthermore, this particular exclusion seems to be a deliberate choice. The entire wording of the section on exclusions is transcribed, word for word, from the definition of “excluded body” in the Charities Act 2009, with just one difference.

There is no good reason why this Bill should have removed that qualification from the definitions that it has transcribed from the Charities Act.

But more fundamentally, any restrictions, along the lines of any of the Charities Act exclusions, should either be applied equally to all nominating bodies, or else not be applied to any.

Secular Sunday #53 - Out With The Old