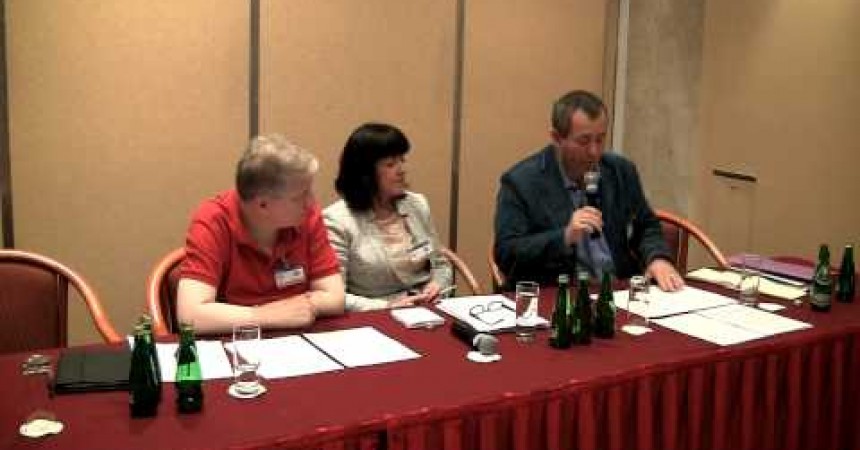 This is the speech by Prof David Nash, Oxford Brookes University, to the side meeting on protecting the human rights of atheists, at the annual OSCE (Organization for Security and Cooperation in Europe) human rights meeting in Warsaw in Poland today, Monday 1st October.

I am Professor David Nash of Oxford Brookes University in the United Kingdom. I am an expert on the history of blasphemy and have studied it and written on it now for some twenty years. I have also given advice to a number of politicians and governments and have always stressed that the history of this offence in the past informs the context for its present. Likewise a knowledge of past laws and how they have been framed is the key to understanding how socities seek to make the law protect the sacred

The situation for blasphemy and blasphemy laws, has within the last few years has altered dramatically. Many countries up to this point had archaic blasphemy laws that are the remnant of previous outlooks and legal landscapes – these have more or less been considered anachronistic, moribund and awaiting discredit and swift repeal – a situation which played itself out in the UK in 2006

But as we know blasphemy has entered public consciousness dramatically recently as countries and individuals consider it to be the currency of discussion about identity, religion and rights. Thus it is vital that we consider here the damage that the concept of blasphemy and laws against it is doing to rights and freedoms as well as the image and status of the religious itself.

Laws against blasphemy do not fit well with other species of law within the same legal codes. They lack a comfortable proof of intention (mens rea). It is a species of libel with no real rules of evidence or proof. Likewise it is an offence for which the Mens Rea assumptions of guilt are, and always have been very difficult to establish.

Quite how an inclusive blasphemy law would protect religions in conflict with one another, or apostates from more established forms of religion is a very moot point.

The criterion for recognition as a religious group is itself even more problematic. Precisely who is to be in charge of the definition and how often should this be reviewed.

Such defences could easily be harnessed by unsavoury and objectionable religious and political views to enjoy the oxygen of publicity which could otherwise be denied to them.

The current situation in Ireland

The law of blasphemy in Ireland had, as judged by a range of commentators, ceased to be viable since the last case held that the crime was incapable of definition. In many instances this has signalled the fall of blasphemy laws in many western countries. However without warning the government (in the shape of the Minister of Justice, Dermot Ahern, almost without warning inserted a series of provisions (articles 36 and 37) into the 2009 Defamation Act. These were

36.— (1) A person who publishes or utters blasphemous matter shall be guilty of an offence and shall be liable upon conviction on indictment to a fine not exceeding €25,000.
(2) For the purposes of this section, a person publishes or utters blasphemous matter if—
(a) he or she publishes or utters matter that is grossly abusive or insulting in relation to matters held sacred by any religion, thereby causing outrage among a substantial number of the adherents of that religion, and
(b) he or she intends, by the publication or utterance of the matter concerned, to cause such outrage.
(3) It shall be a defence to proceedings for an offence under this section for the defendant to prove that a reasonable person would find genuine literary, artistic, political, scientific, or academic value in the matter to which the offence relates.
(4) In this section “ religion ” does not include an organisation or cult—
(a) the principal object of which is the making of profit, or
(b) that employs oppressive psychological manipulation—
(i) of its followers, or
(ii) for the purpose of gaining new followers.

This law has no precedent and bears no relation to any other blasphemy law in existence. It does not come from a historic protection of religion – nor does it come from the new direction of seeking to police incitement to religious hatred.

The blasphemous matter has to be ‘grossly’ abusive and there is no clear definition of when this level of abuse has been reached as opposed to ‘mild’ or ‘minimal’ abuse.

This matter also has to cause ‘outrage’ again not clearly defined. Moreover the need for outrage is more likely to ensure this level of reaction is achieved from those so offended.

Given the possible defences offered above many convicted of blasphemy in the past would note that this is a class discriminatory law like those of the nineteenth century. This law creates provisions whereby a skilled and educated debater stands far less chance of prosecution than a less educated individual in a non-academic context.

Attempts to define ‘religion’ are clumsy at best which seeks to rule out ‘cults’ (again not positively defnined) or organisations whose ‘principle object of which is the making of profit’ or ‘employs oppressive psychological manipulation.’ Again court cases where these characteristics are mentioned in connection with established mainstream religions will cause great offence and prove similarly embarrassing for the government.

‘Substantial number’ of adherents is not defined, neither is ‘adherents’.

What is a ‘Reasonable person’ for example?

What is ‘… genuine literary, artistic, political, scientific or academic value.’ It is difficult to establish what these concepts are, even before we distinguish legally between ‘genuine’ manifestations and ‘false’ manifestations – such court cases could prove spectacularly embarrassing.

However members of the Irish Parliament have been alerted to the issues.

Ivana Bacik in February following our briefing in the last days of January stated the case as follows:

“I call for a debate on blasphemy law… There is an issue as there was an adverse international impact, with certain countries adopting Irish arguments on blasphemy and using this to bolster prejudice against different religions, even Christian religions in Islamic countries. We have also seen that Ireland has gone against the EU norm in adopting a new statutory definition of blasphemy based on a definition of offence. It is outdated and I am glad it is up for review in the programme for Government. We must move forward by having a debate in the House on how we can ensure incitement to religious hatred laws are strengthened in the Statute Book. We no longer need an offence of blasphemy.”

The Irish law of blasphemy is substantially unwanted (there was no demand for it before its introduction) and it seemed to appear more or less from nowhere. It is poorly drafted and contains innumerable legal and procedural hostages to fortune. Ireland’s stance on the matter runs counter to what is occurring in other western countries and how its own actions no longer occur in isolation and convey signals to the rest of the world

Indeed, at the United Nations, Pakistan has already cited part of the wording of the Irish blasphemy law when proposing a resolution on defamation of religion. And, while the new Irish Government says it is opposed to the blasphemy law, it has delayed taking action on it by including it on the agenda of a constitutional convention that will deliberate for a year or more.

Moribund blasphemy laws simply sitting on statute books are capable of being harnessed and used from scratch. Still worse new laws create a culture of viability for such laws that transgress principles of law as most legal systems understand them. They are founded on unsatisfactory conceptions of offence and offensiveness, of culpability, of proof, of guilt and of punishment. As such they are unrelated to other crimes and empower certain groups against others – distorting modern societies and their conceptions of justice.