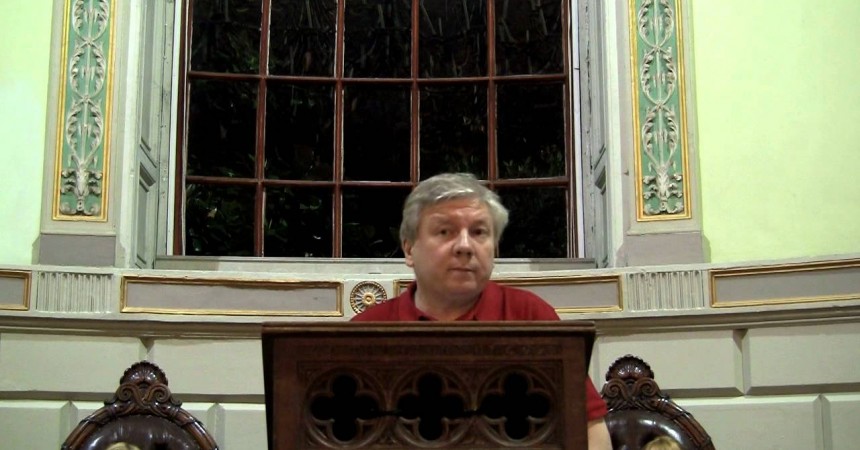 This is a video and transcript of Michael Nugent’s talk yesterday opposing religious circumcision at TCD Theological Society.

Thank you very much for inviting me here today. It’s a pretty disturbing topic.

To be honest, I find circumcision to be one of the more disgusting and reprehensible examples of religion corrupting our natural sense of morality, which is based on compassion and reciprocity and not on this type of behaviour.

The foreskin, at risk of making a banal, non-controversial assertion, is a natural, healthy and useful part of the human body.

It protects infants from contamination when they have nappy rash. At any age, it protects nerve endings and keeps the penis warm and clean and soft. In adults, it helps sexually in terms of both sensitivity and natural lubrication.

If it poses any health problems, cutting it off is a disproportionate response to those problems.

Most of the supposed health problems associated with the foreskin can be resolved by cleaning your penis properly, and by using condoms during sex.

The HIV studies show mixed results, and insofar as they do show a possible protection, it is that a circumcised man may be less likely to contract HIV from a woman, but not to give HIV to a woman, but only if they are also consistently carrying out safe sex.

Just brush your teeth, clean your penis, wear a condom, and you don’t have to cut off parts of your body to stay healthy.

But the important point about religious circumcision is that it is not motivated in any case by health concerns.

It is motivated by worshipping a God who seems obsessed with the genitalia of human beings on planet Earth.

This God of the Judaic Bible tells Abraham and Moses to circumcise their children or he will kill them.

The first split in what eventually evolved into Christianity comes when Paul is trying to spread the good news to the Gentiles.

So he has to try to persuade the rest of the Jesus Disciples to allow Gentiles to follow the religion without mutilating themselves, which understandably they are reluctant to do, because they are adults.

And that is one of the reasons that religions insist on circumcising children when they are below the age when they can consent to it, because they know that the purpose of circumcision is to desensitize and control human sexuality.

And they know that if you leave the decision until the time when people are adults, that very few people will take up the option.

If they want to, that’s fine. I’ve no problem with adults choosing to mutilate themselves in any way they want.

But don’t inflict it on defenseless children.

It is a human rights issue. And human rights law, as was mentioned earlier, is moving gradually more and more towards respecting the fact that children have rights; rights of their own.

And then they gradually evolved into protecting the rights of parents, as heads of families, to have their particular religious views and practices protected.

But it is now moving towards recognizing that children have their own rights, irresepective of what their parents believe.

And though it is unfortunate that the German Government has fallen in to religious pressure after the German courts recognized correctly the rights of the child, I think in the long run, or even in the medium term, we are moving in the right direction.

And the rights of the child will be protected by courts, and then cravenly and cowardly followed by politicians, who will protect them on the basis of “Oh well, the courts have made us do it.”

But it does show the mindset of the type of people who, under any circumstances, are prepared to justify the mutilation of the genitals of a defenseless child.

You’ve no doubt heard the phrase, “cutting off your nose to spite your face.”

If you want to do that for yourself, to yourself, go ahead.

But don’t inflict it on defenseless children.