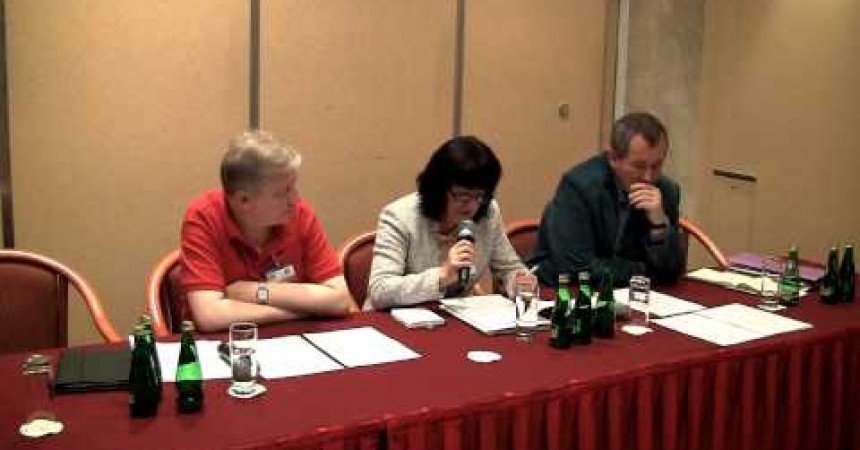 Atheist Ireland will this Monday, October 1st, attend the annual OSCE (Organization for Security and Cooperation in Europe) human rights meeting in Warsaw in Poland, where we will speak against blasphemy laws, religious oaths and the need for secular education. Atheist Ireland will also host a side meeting to highlight the need to respect the human rights of atheists and nonbelievers.

We believe that the western world is in danger of crossing a significant line in the historic battle for freedom of conscience and freedom of expression. We are in danger of conceding the step between the state respecting somebody’s right to believe what they want, and the state automatically respecting the content of the belief itself – and insisting that citizens do so also.

The European Union has endorsed ‘full respect of religion’.

Two weeks ago the European Union, the Organisation of Islamic Cooperation, the Arab League and the Commission of the African Union released an absurd and dangerous joint statement, expressing ‘the importance of respecting all prophets’, and ‘strongly committing to take further measures’ to work for ‘full respect of religion’. Since then the Islamic States at the United Nations have reintroduced their bid to have blasphemy criminalized internationally.

‘Respecting all prophets, regardless of which religion they belong to’ includes not only the Abrahamic prophets such as Moses, Jesus and Muhammad, but also the convicted con-man and first Mormon prophet Joseph Smith, the Raelist prophet Claude Vorilhon, David Koresh of the Branch Davidians in Waco, and the former Coventry City goalkeeper turned snooker commentator turned Green Party spokesperson turned Son of God David Icke. Why is the European Union endorsing this absurd statement?

The joint statement concludes by saying that ‘We reiterate our strong commitment to take further measures and to work for an international consensus on tolerance and full respect of religion, including on the basis of UN Human Rights Council resolution 16/18.’ What exactly is meant by the phrase ‘full respect of religion’? And if enforcing it only ‘includes’ the basis of this UN resolution, what else does it include? We know what Islamic states mean by ‘full protection of religion’. Why is the European Union advancing this dangerous notion?

We know what Islamic states mean by ‘full respect of religion’.

Now these type of cases are spreading to OSCE countries.

These developments are encouraged by political weakness on this issue in some Western States.

Some OSCE States still have religious oaths for political office holders, and defendants and witnesses in court cases are placed in a position where they must swear a religious oath or else reveal private information about their lack of religious beliefs.

In Ireland, Eamon Gilmore, the current chairperson of the OSCE, is a member of the Irish Council of State by virtue of being deputy prime minister. To take up this office, he must swear a religious oath enshrined in the Irish Constitution. Yet he is on record as saying that he does not believe in god.

Protecting human rights requires that people understand what human rights are, and this is more likely to happen if new generations of young adults have been educated in a secular education system based on human rights law.

A secular human rights based education is inclusive of all religions and beliefs. It is a starting point for children to respect each other and learn about human rights and living in an ethical society. Secular schools can educate for democratic citizenship and human rights. Secular education based on human rights does not discriminate on any ground.

An example of how an education system discriminates in equality of access is the Irish education system. The majority of schools in Ireland are private religious schools and the Catholic Church controls over 92% of them at primary level. These schools are permitted by legislation to give preference to co-religionists. 98% of primary schools in Ireland are actually publicly funded private religious schools and are exempted from equality legislation.