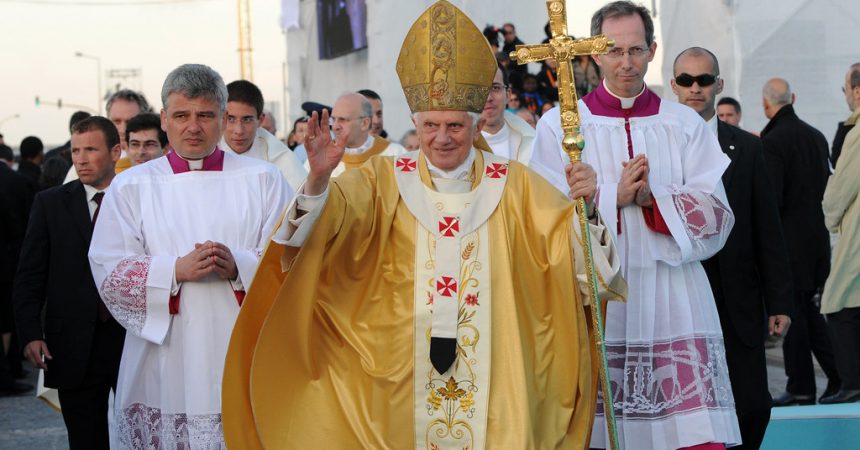 Pope links atheism with Nazi Germany and lack of virtue

The Pope makes two scandalous comments in his opening speech in Britain: firstly, his attempt to blame atheism for the crimes of Nazi Germany, and secondly his inference that, if you do not want God or religion in public life, you also do not want virtue in public life.

On the first point, Hitler regularly proclaimed his belief in a god as justification for dehumanising Jews, as is clear from a cursory reading of Mein Kampf. This does not, of course, mean that religion, any more than atheism, is to blame for Nazi Germany.

If the Pope wants to find modern examples in Britain of people dehumanising other people, he might ask his colleague, Cardinal Cormac Murphy O’Connor, why he said last year on BBC Radio that atheists are not fully human.

On the second point, the Pope talks of “the exclusion of God, religion and virtue from public life” and links these very different concepts as if they were a single package.

God is a concept that exists in people’s minds. Everybody should have the right to freedom of religion and from religion, and the only way to protect all of these rights is for the State to stay neutral on such issues. And it is scandalous to imply that, if you do not want God or religion in public life, you also do not want virtue in public life.

“POPE BENEDICT XVI in Portugal” by Catholic Church (England and Wales) is licensed under CC BY-NC-SA 2.0

International funding of political campaigns against sexual and reproductive rights