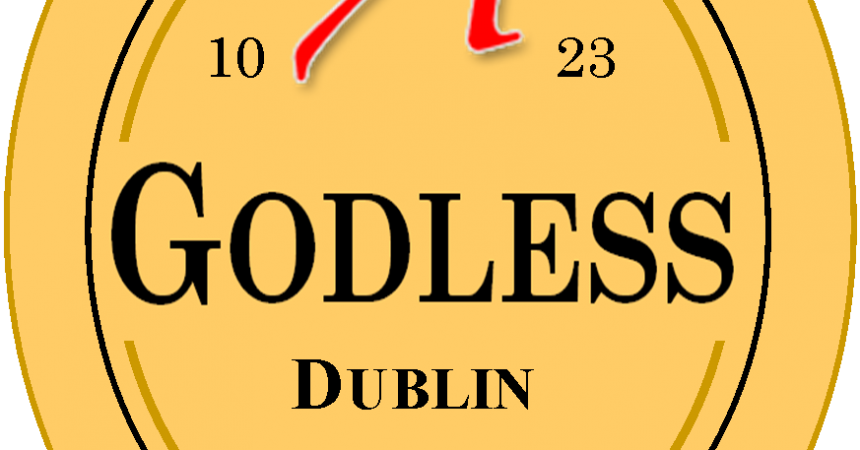 We at Atheist Ireland thought the first True Believer competition would be wanting for nominations on such short notice, but we were not let down.

Among the forerunners for this month’s prize was Dr Vincent Twomey SVD, Professor Emeritus of Moral Theology in our country’s beloved Maynooth who wrote to the Irish Times this month to express his feeling that the civil rights bill “effectively deprives all citizens of their right of conscientious objection”

Vince feels that “People such as registrars, photographers” are forced to perform acts… such as Compulsory photography I guess… of the happy couple, that they may be morally objected to. Much like the judge in the Mildred Loving trial thought that the mixing of the races was an abomination.

That two hearts in this world could find love, only to have that love indicted because those hearts pump blood to the wrong skin type or sexual organs is only something those of True Believing can accomplish.

I wonder if the people who photographed the first inter racial couple felt they were denied “right of conscientious objection”??

But the prize this month goes to…. *drum roll*… the Islamic clerics in Iran who had enough faith in their own sexuality to honestly believe that the sexual attraction to manmade materials could become a pandemic in the population at large.

Normally we write about dummies, but this story defaults to dummies themselves.

Having realised how attracted they were to mannequins the clerics moved that such sexual deviancy needed to be stamped out immediately. Rather than recognise their own urges for decoration defloration as being the problem, they decided to protect the population at large by reducing the attractiveness of the plastic paradise with the hacking off of their breasts in their usual methodology of cutting off the sexual organs of anything that find themselves overly attracted to.

It takes belief of the strongest kind to think that sexual attraction of a man to a mannequin is a problem of god’s plan or the female form, and not the deviants who cannot control it.

However if we want to reduce the level of pain in the world, at least humping plastic is better than marrying the local 6 year old. It’s a step forward guys, well done… and I guess since boobquake did not happen, we owe you our lives.

The really, truly True Believer™ of the Month Award June 2011

The really, truly True Believer™ of the Month Award April 2011

The Functioning of a Dysfunctional Law

The really, truly True Believer™ of the Month Award October 2010