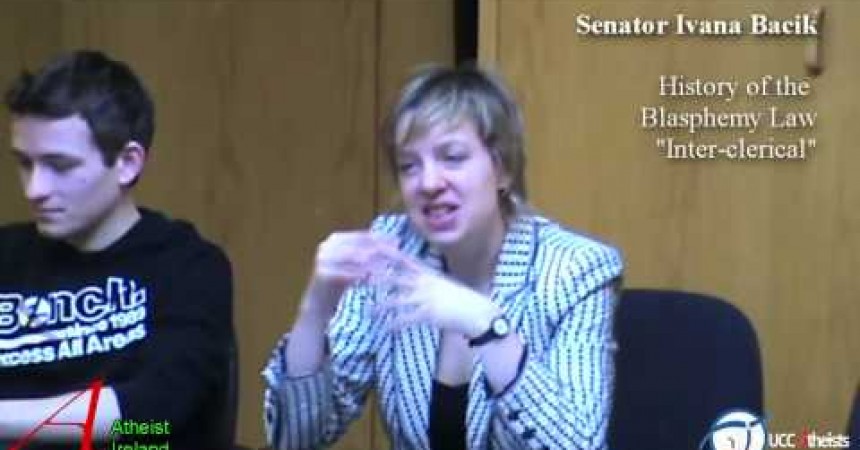 “I have a track record of campaigning on education rights, on equality, social policy issues, womens rights, criminal justice and anti-racism, and will continue to pursue these issues in the Seanad.”

“I believe in an open, inclusive and secular Irish society – which welcomes a growing diversity of cultures and lifestyles, grounded on values of equality, tolerance and pluralism”

Ivana Catherine Bacik is an Irish politician and academic. She has been Reid Professor of Criminal Law, Criminology and Penology at Trinity College, Dublin (TCD) Law School since 1996, and was a made a Fellow of Trinity College Dublin in 2005. She was elected a Senator for the University of Dublin constituency of Seanad Éireann in July 2007.

She has an LL.B. from TCD and an LL.M. from the London School of Economics. She practises as a barrister, and teaches courses in Criminal law; Criminology and Penology; and Feminist Theory and Law at Trinity. She is known in particular for her pro-choice campaigning since the 1990s, As President of TCD Students Union (1989-90), she was taken to court by SPUC for providing information on abortion – in a case that paved the way for legal change in favour of womens rights.

Ivana is a Labour Party member and is described as a radical new left-wing and feminist voice in the Seanad.