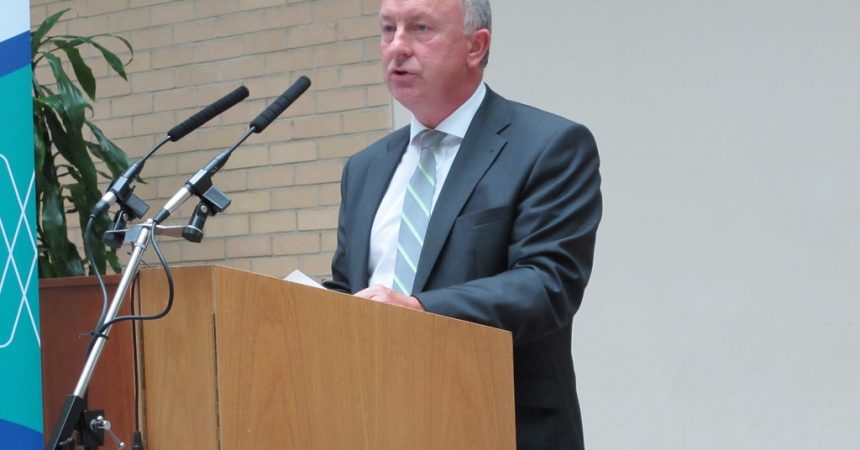 Atheist Ireland welcomes the statement from Dermot Ahern, the Irish Justice Minister, that he is proposing a referendum this Autumn to remove the offence of blasphemy from the Irish Constitution.

The Minister has told the Sunday Times that “I was only doing my duty” in bringing in the new blasphemy law, and that “there was an incredibly sophisticated campaign [against me], mainly on the internet.”

Atheist Ireland thanks everyone who has helped to make the campaign against this new law as effective as it has been to date. It is now important we maintain the pressure on this issue to ensure that the referendum happens as proposed and, more importantly, that it is won.

We reiterate our position that this law is both silly and dangerous: silly because it is introducing medieval canon law offence into a modern plularist republic; and dangerous because it incentives religious outrage and because its wording has already been adopted by Islamic States as part of their campaign to make blasphemy a crime internationally.

The following is the text of the article in today’s Sunday Times:

Dermot Ahern, the justice minister, is proposing that a vote to remove the criminal offence of blasphemy be held as part of a planned series of referendums this autumn, writes Stephen O’Brien.

Ahern, who was criticised for increasing the fine for blasphemy to €25,000 last year, said he never regarded the provision in the new Defamation Bill as anything more than a short-term solution.

“There was a lot of nonsense about that blasphemy issue and people making me out to be a complete right-winger at the time,” he said. “There was an incredibly sophisticated campaign [against me], mainly on the internet. I was only doing my duty in relation to it, because clearly it is in the constitution. The attorney general said ‘there is this absolute, mandatory thing… it is an offence, punishable by law.”

A final decision on a blasphemy referendum rests with the cabinet, but if Ahern remains justice minister after this month’s reshuffle, he is likely to propose that it be added to the autumn list. The government is already committed to referendums on children’s rights and establishing a permanent court of civil appeal.

The plebiscites are expected to take place in October, on the same day as the a vote for a new directly elected mayor of Dublin, and three Dail by-elections in Donegal South-West, Dublin South and Waterford.

“I said [last year] that I didn’t want a wasteful standalone referendum on blasphemy in the middle of an economic crisis,” said Ahern. “My preference was to reform [the blasphemy provision] in the short term and to have a referendum in the medium term when it could be bundled with a number of others.”

A defamation bill was already in preparation when Ahern became justice minister in May 2008.

Ahern then said he had three options: to abandon the bill; to hold a single-issue referendum to remove the constitutional reference to blasphemy; or to update the references in the 1961 Defamation Act.

Opting for reform, he said he had removed the seven-year jail sentence from the old legislation.

“Minister Dermot Ahern speaking at the launch of the Victims Charter Tuesday 20th July 2010” by MerrionStreet.ie is licensed under CC BY-NC-ND 2.0