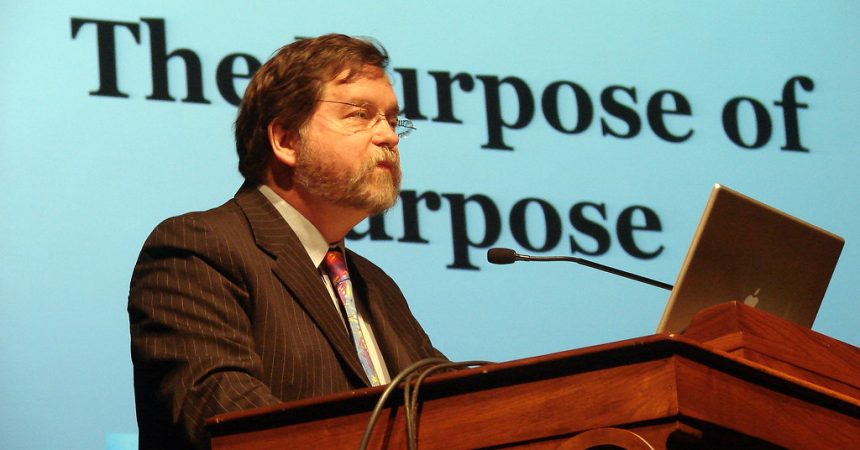 PZ Myers, author of the science blog Pharyngula and biology professor at the University of Minnesota, USA, will speak at an Atheist Ireland meeting at Buswells Hotel, Dublin, at 7.30 pm tomorrow, Monday 1st February.

Admission is free, and members of the public are welcome.

The theme will be the Atheist Ireland campaigns against the Irish blasphemy law, and for a secular constitution and a secular education system.

The following quote from PZ Myers about the desecration of communion hosts is among the 25 blasphemous quotes that Atheist published a month ago when the Irish blasphemy law became operational:

“You would not believe how many people are writing to me, insisting that these horrible little crackers (they look like flattened bits of styrofoam) are literally pieces of their god, and that this omnipotent being who created the universe can actually be seriously harmed by some third-rate liberal intellectual at a third-rate university… However, inspired by an old woodcut of Jews stabbing the host, I thought of a simple, quick thing to do: I pierced it with a rusty nail (I hope Jesus’s tetanus shots are up to date). And then I simply threw it in the trash, followed by the classic, decorative items of trash cans everywhere, old coffeegrounds and a banana peel.”

While in Ireland, PZ will also be speaking about science and creationism at UCD on Tuesday Feb 2nd, and at NUI Galway on Thursday February 4th, at meetings organised by the UCD Secular Humanist Society and the NUI Galway Skeptic Society and ZooSoc. You can get details on tickets for these events, subject to availability, by emailing ucdhumanistsociety@gmail.com or k.mcinerney3@nuigalway.ie

“PZ Myers” by syslfrog is licensed under CC BY 2.0