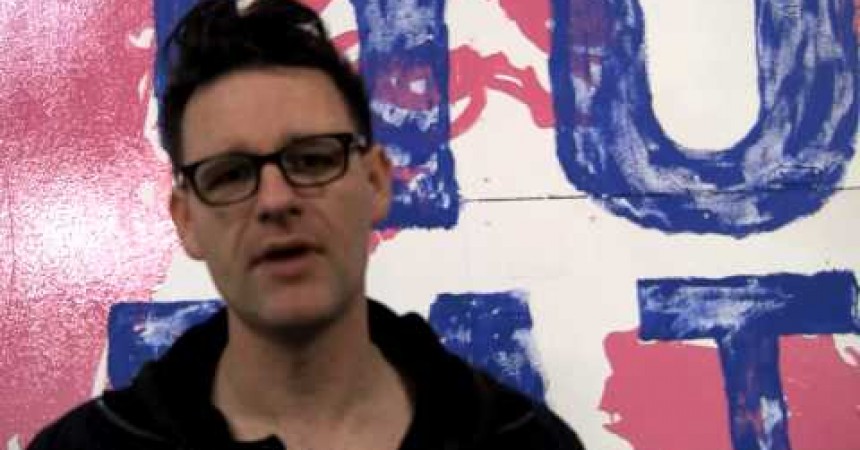 The exhibition “Blasphemy” will be launched on Friday evening 6 – 8pm at the Oonagh Young Gallery as a response to the Blasphemy Laws.

On Wednesday 10th the gallery will host a showing of the 1967 film Rocky Road to Dublin which was essentially banned for it’s portrayal of aspects of clerical domination in Irish culture.

From 1 January 2010, blasphemy is a crime in Ireland punishable by a €25,000 fine. The law states that blasphemy is committed when a person “publishes or utters matter that is grossly abusive or insulting in relation to matters held sacred by any religion, thereby causing outrage among a substantial number of the adherents of that religion.”

This law has provided an extremely dangerous international precedent. The exact wording on blasphemous libel contained in this Defamation Act is being used by Pakistan to seek a “defamation of religion” law through the UN. Irish legislation is being used to legitimise the proposals of Pakistan and the OIC (Organisation of Islamic Conference) to establish defamation of religion as a principle of international law.

Ireland voted with all other EU countries against a resolution on “combating defamation of religion” at the UN last December. Explaining that vote, Irish Foreign Minister Micheál Martin said:

“We believe that the concept of defamation of religion is not consistent with the promotion and protection of human rights. It can be used to justify arbitrary limitations on, or the denial of, freedom of expression. Indeed, Ireland considers that freedom of expression is a key and inherent element in the manifestation of freedom of thought and conscience and as such is complementary to freedom of religion or belief.”

“One man’s blasphemy is another man’s comedy classic,” the Irish Examiner editorial remarked. Is it that simple?

Images considered blasphemous have changed over the centuries. But the response has not. Eliciting extreme reactions from particular sections of society has resulted in much work being destroyed and many artists banished down through the ages. It is clear to see that images considered ‘blasphemous’ still stir very deep and dangerous emotions such as the the Jyllands-Posten Muhammad cartoons controversy in 2005.

What makes an image Blasphemous? In what contexts are they considered sacrilegious or immoral? Is the introduction of this new legislation in Ireland an indication of a tolerant, pluralist and democratic society befitting of our times? The artists in this exhibition address the issue directly through their individual practices or have already confronted censorship of their work.

David Godbold is interested in the ‘conflation of grand themes and daily minutiae’. Here he presents a cluster of crucifixes (13 in total); overlaying redundant notes, lists, leaflets and official documents with religious imagery and wry captions. Godbold considers the language of suffering creating trenchant satire through ironic political commentary.

The Vacuum (produced by the arts organisation Factotum formed by Stephen Hackett and Richard West) published two issues simultaneously on the themes of God and Satan. Two weeks later, the City Council debated the contents of these papers with some councillors accusing Factotum of ‘encouraging devil worshiping’. This started a process of debates culminating in the Council disregarding legal advice and demanding that Factotum apologise to them and the citizens of Belfast. To lampoon the Council’s demand, Factotum held a Sorry Day and published a special Sorry Issue of The Vacuum. The three issues and newspaper clippings are on display in the exhibition.

Paul Murnaghan presents ‘Map of the Empire’ which originated from Murnaghan’s utopian project ‘Neocredo’ (2008) where he traveled extensively in Europe posing a question through various media, ’if you had the opportunity to compose the opening line of a universal hymn, what would it be and how would you sing it’? Here he adds random material and imposes opinion where once was objectivity. Where blasphemy may be truly present, is in the casual misrepresentation and disregard for stated beliefs through the overlaying of various answers.

For Nevan Lahart materiality and the transforming nature of his art renders his made-objects absurd and potent. The visceral energy in his work reinforces the irony transmitted through his juxtaposition of materials and wit. Lahart is one of Ireland’s most innovative artists, defying the norms of display and challenging spaces with his physicality. He is currently showing in the RHA with A Lively Start to a Dead End.

With the kind permission of the director Peter Lennon, Rocky Road to Dublin (1967) will be screened alongside The Making of Rocky Road (2005) on Wednesday 10th February at 7pm in the gallery. There was a de facto ban on this documentary for over 30 years in Ireland because it argues that Ireland was dominated by cultural isolationism, primarily Gaelic and clerical traditionalism. Shot by French cinematographer Raoul Coutard, Lennon asks: “What do you do with your revolution once you’ve got it?”

Opening Hours for the duration of the Exhibition:
Thursdays – Saturdays: 12pm – 6pm
or by appointment

Atheists in the Pub - January