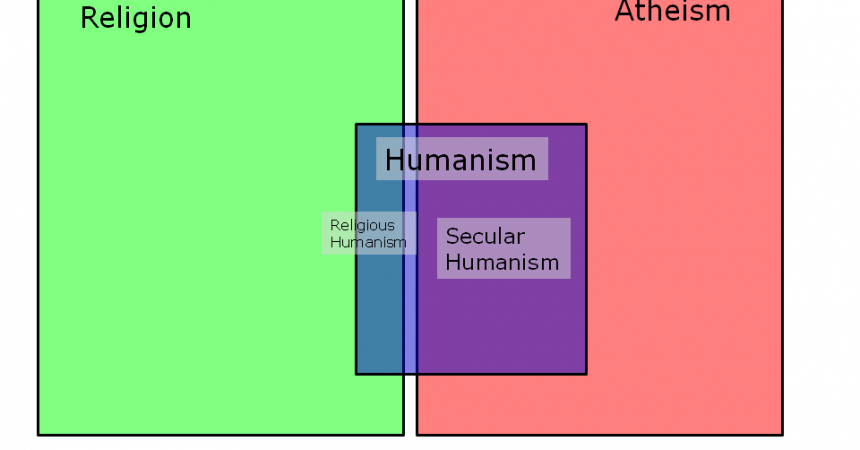 The following is a critique of the basic postulates of humanistic philosophy: it may, in effect, be taken as a concise rebuttal of what humanism stands for, delivered, perhaps unusually, by a secularist and an atheist. My drive to do so has largely been fuelled by the fact that there seems to be, at least in this writer’s experience, a widespread belief that humanism is synonymous with atheism, and that those identifying by either term may do so interchangeably. I’m certain that this is true of many atheists (even though I’m not always as sure that they’ve given it much prior thought), the point I wish to stress is that it’s far from requisite, and that there are those of us who do not find ourselves in accordance with even its most basic assertions.

The worldview that I’m going to focus on is that which I believe most new age rationalists self-identifying by the term connect with or implicitly endorse — something similar to that which is outlined in the latest “manifesto” published by the American Humanist Association (AHA) in the first half of this decade. This manifesto lends itself rather well to critical analysis, as the title — “Humanism and its Aspirations” – would suggest. It sets out to list the fundamental edicts to which its membership subscribes. I don’t claim it to be definitive, or to be a complete description, but it seems to be as popular a document on the topic as exists; signed by 21 nobel prize laureates, all past AHA presidents still living (along with the then-committee), and a host of other internationally-renowned humanists. Aside from all that, its principles are virtually identical to those which similar documents have included.

It meekly acknowledges that “Humans are an integral part of nature, the result of unguided evolutionary change”, before qualifying that “Ethical values are derived from human need and interest as tested by experience”. This is moral and intellectual folly at its purest; a classic instance of wanting to have one’s cake and eat it. In the same breath, the distinction between human beings and the rest of the biological world is nonsensed and we’re told that ethics should be tailored only to human desire! Little wonder Peter Singer singled this out for public ridicule; the same human-focused ethics which have underlined and stimulated so much of the damaging religious fervour abounding for millennia bluntly replicated in a worldview that masqueres as a leading light in anti-establishmentary reform.

That humanists could unashamedly advance an ethical system geared towards ruthless maximisation of our own wants and needs from behind a smog cloud of self-congratulatory altruistic pretence is revealing: despite the coy artifice and feigned commitment to a scientific method which offers little to morally justify such a stance, we are dealing here with a philosophy that is fundamentally rooted in unmitigated, unquestioning anthropocentrism, in the exact same manner as are the religions with which it is perceived to be in combat. But it’s more than that – it’s positive speciesism.

It’s simply not true that humanism is singling out elevated intelligence or perceptive capacity as a distinguishing feature – if that was the case, then young children or those unfortunate enough to suffer from severe mental retardation would scarcely qualify for membership of this exclusive ‘club’. All the while, scientific papers are constantly flooding in demonstrating the remarkable cognitive ability and advanced social skills of non-human apes (the fact that Bonobo Chimpanzees have been documented to respond to linguistically-complex commands, for instance, or that Orangutans in natural groups are known to develop distinct auditory communication mechanisms alien to outside individuals). The pathetic response of humanists and the religious alike is to pull the wool over their own eyes by constructing thin lines in the sand. It just won’t do.

This impoverished speciesism promoted in humanistic philosophy simply cannot be justified — it’s 150 years since Darwin blew religious vindications for its practice out of the water by elucidating our place in the grander scheme of things. As Richard Dawkins points out, it’s just a matter of taxonomic convenience that every intermediate form connecting H. sapiens with chimpanzees has subsequently died out – there was no particular reason that it had to have happened; and every ancestor from which you and I are descended right back to the common branching point could have interbred with its immediate descendents and ascendants.

Like Dawkins (see here ), I long for the day when a spanner is thrown in the works and the speciesists have their convenient little worldview confronted with something like a human-chimpanzee hybrid, although perhaps not for the mental welfare of the individual concerned. (I should point out that Dawkins, despite championing this anti-speciesist worldview evident throughout his brilliant ‘Ancestor’s Tale’ and other works, did not join his colleague Singer in refusing to sign the aforementioned manifesto, much to my disappointment.)

Put simply, the tenets of humanism do not represent a radical departure from those of any major religion. It establishes itself on the same fallacies, the same baseless assumptions, and strives for a society modelled in essentially the same manner; with the caveat of not demanding god’s existence or worship. In this sense, it may actually be a more sinister and less consistent worldview – here are supposed naturalists and empiricists modelling their ethics on pseudoscientific claims while simultaneously derogating such acts: the first item on the aforementioned manifesto states that “Knowledge of the world is derived by observation, experimentation, and rational analysis”.

Because of the fact that documents such as the AHA’s manifesto concurrently pledge “participation in the service of humane ideals”, outspoken rejection of the conceited elements of its philosophy tends to result the misconception (being a cynic, I have to fight the urge to suggest that it’s actually an eagerness to assume) that the rejecter does not align his or herself with any such aspirations; that we are positively ‘inhumane’ in our outlook, as it were. (I can’t help but notice a curious parallel here with the so-called “pro-life” movement.) On the contrary, as the German philosopher Martin Heidegger was quick to point out when challenged, “opposition to humanism does not mean that my thinking aligns itself against the humane and advocates the inhuman, nor that it promotes the inhumane and depreciates the dignity of man … humanism is opposed because it does not set the ‘humanitas’ of man high enough.” What’s needed is a paradigm shift, not a fudged compromise.