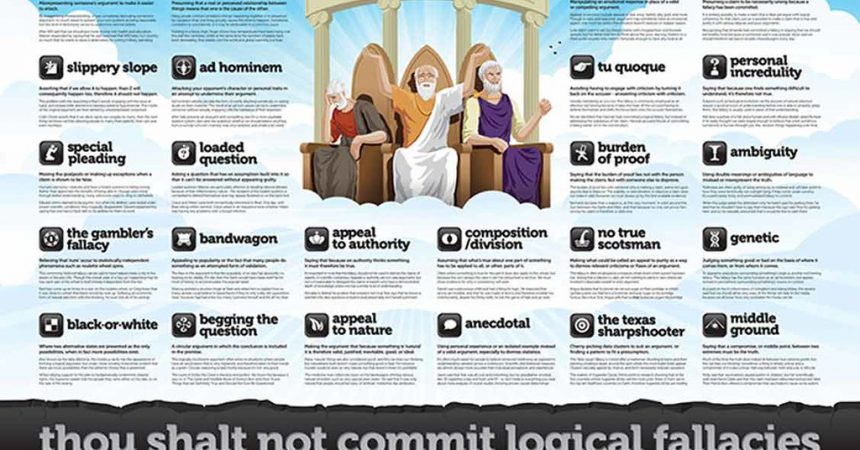 An abhorrent tactic amongst religious apologists keep coming to my attention of late.

Coming under many names, including “God of the gaps” this tactic is to attempt to find an area of discourse upon which you, the mark, have little knowledge, opinion or conclusion. From this they try to claim “You have no answer, I have an answer, therefore my answer should be afforded credence despite my lack of any evidence”.

What makes this worse is that in an attempt to find the gaps the dishonest will attempt to create gaps where none exist. This is commonly done by elevating aspects of the human condition falsely in order to suggest that it requires explanation at some higher level than it actually does. Our appreciation of beauty for example.

Since I find this tactic so distasteful and immoral I will choose to focus on morality itself as the example which is often used.

Morality is often elevated in this fashion and it is declared that it requires some explanation and that the only such explanation is a god. Often the person in question will point to what he hopes is a universal moral in the hopes of deceiving you into thinking there is an objective moral standard where some things are _always_ wrong and therefore suggest an objective moral law giver.

Richard Dawkins is one of a list of evolutionary Biologists who attempt to show why certain moral traits of ours are mirrored in the animal kingdom. This is interesting, well researched and conclusive however I do feel it is not entirely applicable to us as we are just forming morals and then finding their parallel in the animal kingdom and suggesting therefore that the animals are acting morally.

No…. I find human morality very simple to explain. It is not some divine attribute existing outside ourselves. It is merely the extension of our desires for ourselves or as philosophers have often put it “Enlightened self interest”.

I love my family. I do not want them to be killed. Therefore I want to live in a society where people are not killed. Simple.

Christian apologist Dinesh D’Souza often openly admits he sees no merit in giving his seat to an old lady on a bus if there is no god. After all, he says openly and often, he hardly wants her seat in return next week does he?

Dinesh therefore openly admits himself to be amoral in this regard. Sometimes I wonder if, in cases where people are as morally devoid as this, that it would be better off if they DIDNT lose the faith ever. This is a question for another day.

However I say in response to him: I love the older members of my family. I hope that when they choose to use public transport that they will be presented with a seat to ease their pain and trouble. Therefore I want to live in a society where such actions are performed. Hence I perform it myself when I have the chance. I, with my own hands and my own actions, help lay the blocks of such a society.

In fact, although in a sense the premise of this moral system could be described as being selfish to its core, I struggle to find any moral the religious amongst us claim, that I cannot also form in this fashion. Since we, as humans, share a lot of our selfish desires, we have many areas where overlap occurs. Consensus is reached often on many subjects. The majority of us respect old people as above, want to protect children as above and are against violence as above. Not all people are, but most.

This almost universal consensus is what apologists such as D’Souza use in an attempt to elevate morality beyond its means. People who perform to this consensus are labelled “good”. People who do not are labelled “evil”. These labels are subjective human categorizations and no more. Where such morals have their parallel in the morals espoused in the bible “good” and “evil” are relabelled “good” and “sin” as if there were some distinction.

Good, evil and sin are not entities in and of themselves requiring explanation. They are not an indication of a divine moral standard. They are, above all, not evidence for the existence of a god figure.

When atheists and philosophers such as Daniel Dennett thank “goodness” or say “Be good for goodness sake” they are not referring to a separate entity. I openly invite everyone to be good for the sake of a good society. Help construct by your own actions and by your own example a society in which the actions you wish to see performed are in fact performed.

For more on Dinesh D’Souza Christian Apologist and Militant Anti-Homosexual, we recommend his book “What’s So Great About Christianity”

“24 LOGICAL FALLACY *A logical fallacy is a flaw in reasoning… intended to create a certain belief on the part of the receiver.” by vincent easley PapaGandaPanda is licensed under CC BY-NC-SA 2.0

Atheists in the Pub

Is religion less relevant to modern society? Debate in London on 19 April