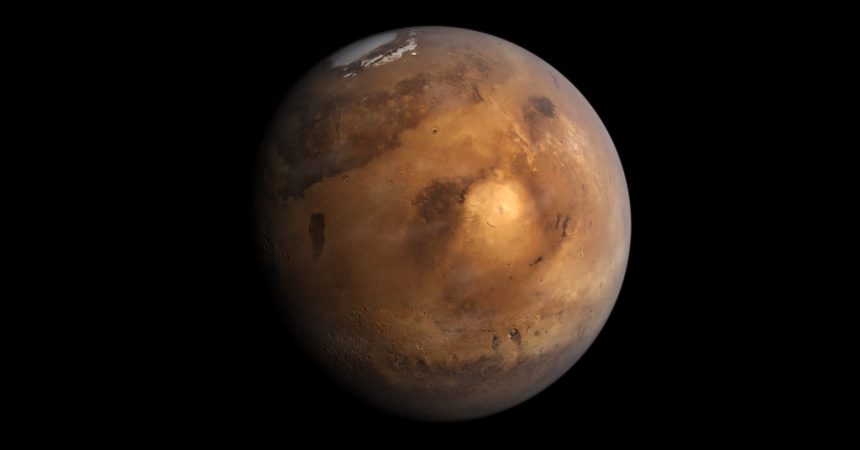 So not only is our earth not the centre of the universe, but now there might also be life on Mars.

This particular field of enquiry started nearly four thousand years ago, when a long-forgotten man gazed inquisitively at the night sky over what is today near Baghdad, and started to record the movement of the stars.

Today NASA has mapped the oldest lights in the universe, the superstitious omens that the ancient Babylonians derived from their stargazing have evolved into vacuous horoscopes, and various religions have embedded their respective gods into seasonal celebrations of nature.

Throughout time, this is the pattern of the quest for human knowledge. Inquisitive and rational thinking has steadily helped us to understand more about how nature works, while superstitious and dogmatic thinking has hindered and corrupted this quest for knowledge.

As ever, the mainstream religions will adapt their theology to incorporate whatever science proves about life on Mars. In 1992, Pope John Paul II apologised for his church’s denouncing of the work of Galileo. Just last month, Pope Benedict XVI praised Galileo, and said an understanding of the laws of nature could stimulate appreciation of God’s works.

The Vatican’s chief astronomer, Father Jose Gabriel Funes, has already said that extraterrestrial brothers and sisters would still be part of creation. He accepts that God may have created some aliens who might be free from original sin. And the Islamic Society of North America has pointed out that the Koran refers to Allah as the God of ‘worlds’ and not just one world.

Religious fundamentalists may have greater difficulties. Life on Mars would put a big dent in the Adam and Eve story. But a little imagination might well reveal that God put the methane on Mars to test our faith, after he had put all those fossils into the earth of animals that never existed for the same reason.

Meanwhile, the finding will delight the Roswell conspiracy theorists who see alien faces on pictures of planets and moons, in the same way that religious people can see the face of Jesus on their unevenly burnt toast at breakfast, or that Father Ted Crilly claimed to see the face of Bishop Ned Brennan on the skirting board of the parochial house on Craggy Island.

The 2007 NASA Rover Spirit probe showed an image on the surface of Mars of what might look like a man sitting down, who incidentally might also look like Jesus. Having examined it closely, I believe that Father Dougal Maguire painted the image with watercolours onto the surface of Mars, the day after he had painted Bishop Brennan’s face onto the skirting board of the bedroom on Craggy Island.

As far back as the 1970s, the American pseudoscientist Richard Hoagland argued that the Viking space probe had photographed a large face on the surface of Mars, which Hoagland claimed had been built by an advanced alien civilization. Later photos showed that the shape was a mountain, the face image was a trick of light and shade, and the other side of the mountain didn’t look like a face.

Hoagland countered that the new photos were doctored by the US Government, and that the asymetry showed that the image was half man and half cat. More recently, Hoagland claims to have used hyperdimensional physics to predict the election of Barack Obama. So will Obama release the hidden data about life on Mars? You can find out by buying Hoagland’s latest three-hour, two-dvd-set for the excellent price of $39.95!

The Frontline Workers Public Holiday should not be linked with religion

Adam The Ape – A Book Review